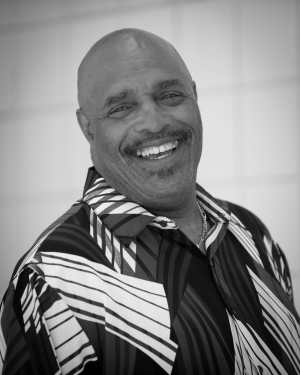 The Sedalia School District Foundation announces Arthur Seabury Jr. as the recipient of the 2020 Distinguished Alumni Award. Mr. Seabury is a 1975 graduate of Smith-Cotton High School. Since 2003, he has served in the Hogan Preparatory Academy District in Kansas City, Mo., as a school counselor, ISS instructor and, since 2013, as the school social worker at Hogan Prep Middle School. In his role as school social worker, he provides support to school families and students for all social needs, assisting the management team to create a supportive school culture. He is described by his nominators as a teacher and mentor who is dedicated, iconic, popular with students, generous, caring, who goes above and beyond, is an example to others, and a man of character. “Mr. Seabury is our superhero, and love, compassion, and service are his superpowers!” wrote a fellow educator at Hogan Prep.

In 2019, the Missouri Public Charter School Association recognized Mr. Seabury with an Excellence in Education Award as the Kansas City Charter School Team Leader of the Year. This award honors educators who are making a difference for children attending Kansas City’s charter schools. Recipients are described as those who have “dedicated their lives to providing the best possible education for their students,” said Douglas Thaman, executive director of the Missouri Charter Public School Association.

He is a member-at-large on the board of directors of the School Social Workers Association of Missouri. He also has been a member or a board of directors member of the National Association of Social Workers, National Council on Substance Abuse, National Center for Fathering, and a speaker for Citizens Against Spouse Abuse. Mr. Seabury’s interests include training and mentoring social workers joining the field, and he has been a presenter at multiple state social workers conferences. He is a certified trauma practitioner and trainer. He has shared his experience and training in the fields of substance abuse, loss and grief, PTSD, and children in trauma at Hogan Preparatory Academy, Truman Medical Center, Webster University, and the National Association of School Social Workers conference. Mr. Seabury has also worked as a substance abuse counselor, family therapist, and Director of Clinical Services for the Jackson County Prosecutors’ Office.

Mr. Seabury is a musician and a member of The Supermatics band. They perform regularly throughout the Kansas City area and make appearances in Sedalia. He uses his music to fundraise for Hogan Prep and has purchased uniform jackets, track shoes, and football uniforms with the proceeds.

Nominated for the Distinguished Alumni Award by classmates from Smith-Cotton High School, one wrote, “Arthur was, and is, a special, charismatic personality that uniquely and authentically built an incredible cross section of friends that resulted in lifelong relationships. These were years, 1971-1975, where our community and schools were still learning about integration. Arthur was a special force that brought us together. He was an incredible example of how to authentically be yourself and proactively deal with the challenges of the times and to help make our fellow classmates a better Class of 1975.”

Mr. Seabury was actively involved at Smith-Cotton, where he was the Senior Student Council President and the band drum major. He starred in plays and was a member of the speech and debate team, the Letterman’s Club, and the Spanish Club. He spent a summer in Buenos Aires, Argentina, as an American Field Service student. “I know I can speak for our class when I say that he distinguished himself among his high school peers and made a difference during a time in history that could sometimes be tumultuous,” wrote a nominator. Following his graduation from Smith-Cotton, he served in the U.S. Navy and U.S. Navy Reserves as a dental technician.

The Distinguished Alumni Award is presented during Smith-Cotton High School homecoming weekend. Homecoming is scheduled for Friday, October 9, 2020. Further details about the award ceremony will be posted to the Sedalia School District Foundation—Official Facebook page and website.